A downloadable game for Windows, macOS, and Linux

Pick a side in this great war story! Choose between the noble Draxian or the fierce Naru.

Explore a vast open world full with magic and mysteries to reveal. Meet new friends in your journey!

I tried but the controls are just so unintuitive. If you;re going to make us use the mouse for inventory, don't make arrow keys the movement keys.

Why i get only the Beta version when im downloading the file for Alpha?

space bar to grab looting items and put it in inventory

I downloaded the Windows ver, and it pop-ups for ust about 2 sec then close itself.

Is there some kind of requirement? ive downloaded java.

Same, I open the game and a black window pops up briefly and disappears.

This is a Java game which you can see by exploring the files.

I played the game for about half an hour and found it fun, but also a bit... claustrophobic.  The UI seems too big (for my tastes) and the keybinding is scarce and odd.  I would prefer movement be WASD, the attack keys be 1234, Spacebar to interact with people and pick things up, and keys for the various menus (I - Inventory, etc.).  I found myself moving a lot between two hands on the keyboard and then reaching for the mouse and then back to the keyboard.

If you utilize the numpad's 1234 for attack commands (as well) while using the standard WASD for movement, that would solve possible problems with complex attacks while moving (which I assume is why you have the odd setup you do).  Or keep the option for movement with the arrow keys as well.

Also, the first town I went to, I found too sprawled out.  It was hard to navigate because most of the time there is so much empty space between buildings that there is literally nothing on the screen except a grassy field.  And I think the chat screen would be a bit easier to read if the usernames were a different color than the text being said.

Other than the UI being too bulky, the awkward and lack of keybinding (I had to ask in chat how to pick an item up or talk to an NPC), and the sprawling fields with buildings here and there, I did enjoy the game.  But at this stage of development, it seems a bit too.. claustrophobic... for my tastes.  I get the sense of this large, open world all around me, but my ability to interact with it is overly cumbersome and limited.

I agree, and I honestly don't understand why people don't do this. It's like the absolute norm of gaming. WASD, mouse aiming, 1234 for abilities, etc is how most games are set up and I feel like making the controls all weird just drives most players away.

what are the controls i the PC version? im new to this game and i just know the attack buttons please,

Attack buttons are, Q W E R T move is arrows, but you probably figured that out.

how do I find loot button?

Hold and Press the attack button

Does this have Xbox1 controller support?

Well I tried pressing stuff and nothing happened, is there a certain button to press?

hm not really. just have it plugged in before you start the game.

I don't plug in my controller, I have an adaptor, so does that mean its not adaptor compatible or something?

Talk to me on discord, im GM Hadok. So I can help you make it work:
https://discord.gg/ZHFtWUP

You can use free app for games without support. Antimicro. It's open source, safe and easy to use program. Download directly from GitHub, install, and run as administrator. Configure keys, and play.

good game! :3 i like this, also, i guess that is how to play lol but without a gamer computer :3

I don't have a good computer either D: (Also, Good job on your grammar).

it wont let me play it. if i look at task manager i can see it starting then stopping. idk if its a problem on my side or yours. i downloaded in my browser to see if that would work and the same thing happend

Same things happen to me.

does anyone know if it has PS4 controller compatibility

Hey Milton, how are you? Dev here, I didnt add PS4 compatibility because I dont have one, one day when I am at a friends house (that has ps4) I will add the compatibiity..

Thats odd, Attack Keys Are 'Q' 'W' 'E' (like LoL) and movement use the arrows.
Also, you can play with an XBox360 controller.

So it seems this is a java game. Is there a config file you are expecting so i can set resolution?

And again, this is outdated and I need to find another source to even try this game. Please, why don't you keep the itch-version up to date? It's so much easier to manage games via itch...

Hello @dustball, sorry for that. We forgot about it. I am updating the itch.io version right now. It will be up in some minutes.
Thanks for reaching us!

Simsos, version 22 is the latest version. New version coming up next week.

The version on here is out of date (v16) and wont let you play. I went to the website to download the pc version (v19), but it wont let me log in telling me 'wrong UN/Pass, yet i have no problem logging in on the website.

Hello @Knightofzeentch, you are right. I will update the version right now.
As for your login problem, please check send us an email to info@mobilecostudios.com if you need help.
But registering in website you should be able to play with the other players. 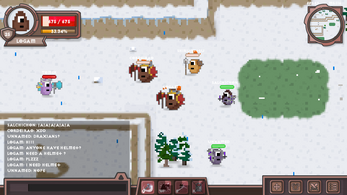 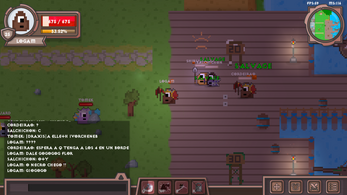 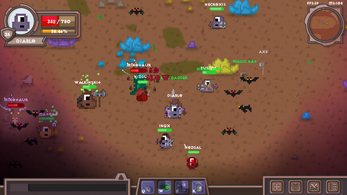 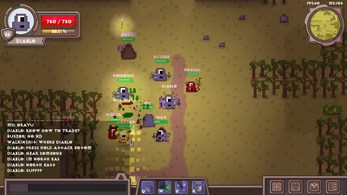 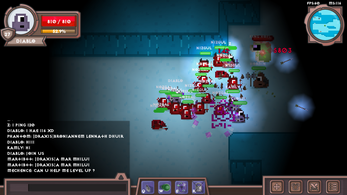